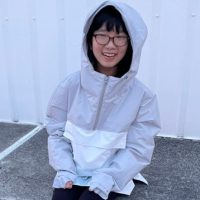 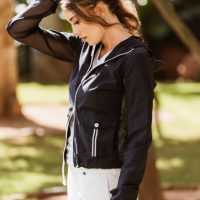 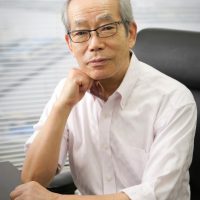 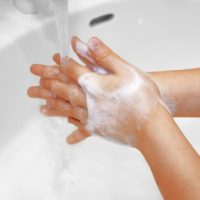 A Japanese apparel manufacturer has developed a special windbreaker for children with xeroderma pigmentosum (XP), a disease that causes burn-like blisters and increases the risk of skin cancer in people with extreme sensitivity to UV light.

Peekaboo Inc. has made 22 of the special jackets, which block almost 100% of UV light.

The firm, based in Wako, Saitama Prefecture, generated 1.54 million yen through crowdfunding for the project and is set to distribute the windbreakers to elementary school children and others who suffer from the disease, which the government has designated as intractable.

“We hope [children suffering from XP] can enjoy playing outside with their friends and taking exercise, even in the daytime,” said Kikuko Matsunari, one of the company’s cofounders.

Matsunari, 52, began researching measures to cut UV light 20 years ago when her eldest son, then 1, suffered severe sunburn and was diagnosed with atopic dermatitis induced by UV light. At the time, there were almost no products aimed at impeding infant sunburn, inspiring Matsunari to try making her own UV light-cutting apparel.

However, when she investigated textiles containing titanium oxide particles that reflect UV light, she was told by a manufacturer, “We only deal with corporations and won’t sell to individuals.”

As a result, Matsunari and some of her child-rearing friends founded Peekaboo Inc. in April 2002.

Under its “Epochal” brand name, the partnership firm now sells over 100 kinds of hats and upper-body garments that help cut UV light. Initially, the company was reticent to develop a “super-effective” protective garment like the windbreaker over concerns it could be being sued if a customer who used the product subsequently developed skin cancer.

The turning point came in 2018 when Matsunari took part in a general meeting of the Japanese National Network of Xeroderma Pigmentosum (XP), a group comprising XP patients and their families. After hearing parents say they wanted their kids to take part in school sports days, Matsunari resolved to press ahead with manufacturing something special.

In January, after five rounds of experimentation, Peekaboo Inc. created a windbreaker made from textiles that contain titanium oxide particles. Two small fans are attached to the hooded jacket to help ameliorate the heat.

A specialist testing organization confirmed the windbreaker could be guaranteed to block 99.9% of UV light.

Arata Abe, a 9-year-old third-year student at an elementary school in Setagaya Ward, Tokyo, received one of the windbreakers from Matsunari on Feb. 2. Upon receiving the item, the boy, who has undergone five surgeries to remove cancerous skin, smiled and said, “I want to walk to school with my friends.”

Head of the national network, Satoshi Arimoto 51, hailed the arrival of the new protective gear, saying, “[The children suffering from XP] will have more opportunities to move around outdoors, which will help them gain physical strength.”

An Environment Ministry health manual on UV protection encourages people to use a parasol and wear a hat or cap and sunglasses to cut exposure to excessive sunlight, which, over many years, could potentially raise the risk of developing a tumor or cataract. There are thought to be about 500 people in the country with XP.

“Regardless of whether people suffer from a disease or not, it’s necessary to learn about measures against UV light from childhood,” Matsunari said. “We hope relevant information will be carried in textbooks so teachers can inform children [of the risks].” 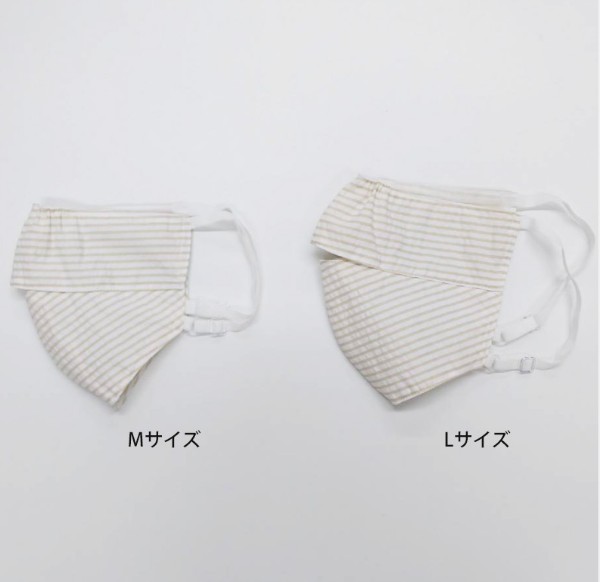 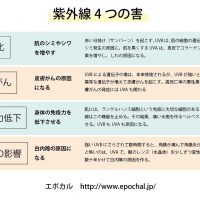 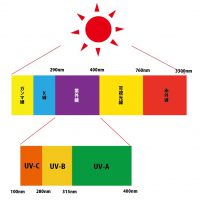 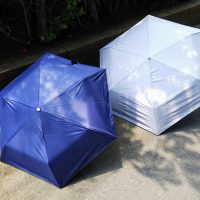